Is Your Smart Data Really Private?

Find out how to make your smart data truly private – from everyone.

If it wasn’t enough to worry about private hackers tapping into our devices and data, the latest leaks from Wikileaks also show that agencies like the CIA have the capability to hack into everything from phones to TVs. While it’s illegal to spy on American citizens like this, the fact that the technology exists is far from comforting – which is why it’s so important for people and companies to make sure their data remains safe and private. Let’s go over several of the best ways stops even skilled hackers from accessing your information. 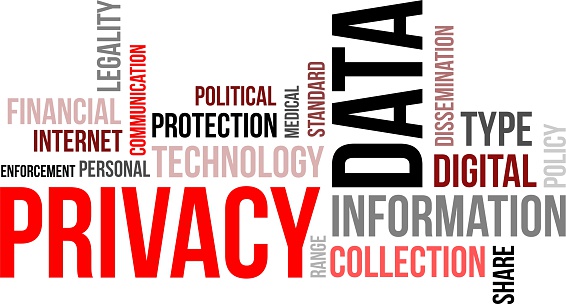 One of the most common ways agencies like the CIA get access to information (along with many other hackers across the world) is to only ask for it. The old tricks tend to work best, which is why phishing schemes, where hackers pretend to be from friends, family, banks, or other trusted organizations, remain so popular and effective. It’s tough to filter out the best phishing schemes, but fortunately, there’s another classic defense: Pay close attention to what you read! Don’t assume that every email you get is honest, and don’t believe an email just because it “looks” official and includes personal information. Never, ever clink on links in emails that you don’t absolutely trust.

A VPN or virtual private network is the top suggested solution for people worried about privacy. These systems, available both for free and with fees for more advanced versions, create an encrypted channel to a remote server and pass all internet data through that channel so that your IP address remains hidden. This can be useful when it comes to privacy, but a VPN is only worthwhile if you consistently use it. It’s also important to note that some VPN providers have a better reputation than others when it comes to their security and services.

A slower, more effective browsing option would be to use something like Tor browsing and encryption, which has gained notoriety as the premiere way to access the “Dark Web.” Tor offers more complete encryption of Internet activities, but it also tends to massively slow down your Internet speed and make downloads more difficult.

We send a lot of information via messaging apps these days. Unfortunately, messaging apps aren’t necessarily secure, and if Wikileaks is accurate, there are methods to retrieve chat information from them. The best options here are encrypted messaging tools that work harder to protect all the data in your conversations. This is one reason that WhatsApp has become more popular since it offers high-level encryption compared to many other tools. It’s also worth noting that Android platforms appear to be more vulnerable to chat hacking than other devices. Android, in general, is a more open platform than iOS (and far more open than Blackberry), which means that it can experience vulnerabilities that may not apply to other operating systems.

Many programs, including TrueCrypt and BitLocker, allow you to backup and encrypt it. Hard drive encryption is often under-utilized when it comes protecting data, but it does make accessing data much more challenging if a hacker has managed to gain access to your files or operating system.

Be Careful With Any Devices that Watch or Gather Information

As a general rule, if you have a device that can collect environmental information, that means someone else may be able to tap into that information as well. There are two typical examples used these days: The first is IoT or Internet of Things devices, the smart devices around homes and offices that include plenty of sensors picking up data. Because this data is transmitted on wireless networks, it’s far from secure – and often easier to hack than our conventional mobile devices. The other example is computer webcams, which are so easy to hack and control from a distance that today’s computer experts often use cam covers or even pieces of tape to block cams when they aren’t actively used.

This is a major step for all employees and family members that want to keep their devices secure. There are multiple ways to hack into mobile devices if they are turned on, especially with the random networks that you tend to run into when traveling. The absolute best way is to turn devices fully off (no “thumbprint to sign in” screen, fully off).

Do you know the easiest way to hack into protected data? Find the password. Since passwords are often written down nearby or clumsily made, it’s easy for hackers and yes, law enforcement, to break into encrypted data with a few necessary tools. So choose good passwords, and make sure those passwords are protected, preferably by keeping them only in your mind.