“Zombie” Servers are Costly Pets to Keep Around 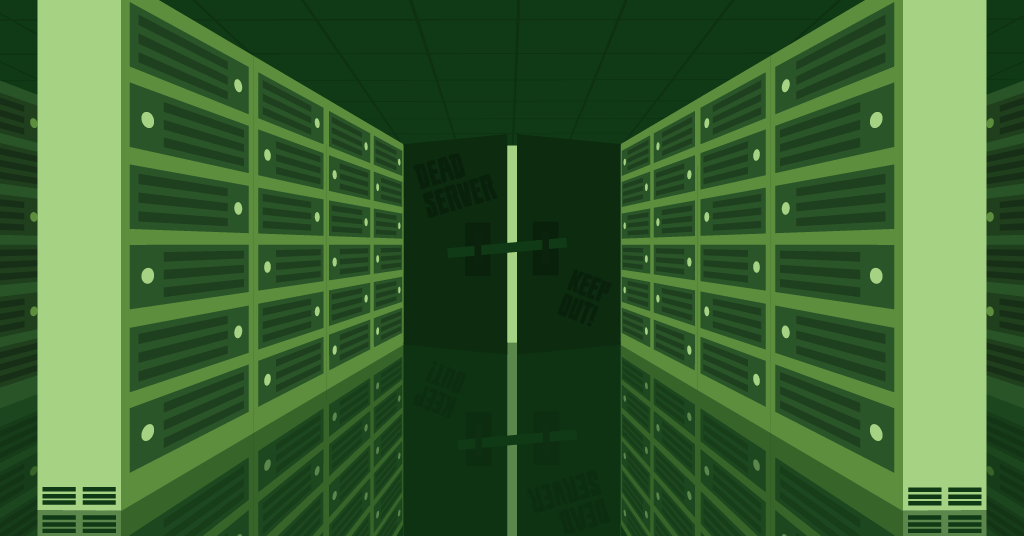 “Zombie” Servers Are Costly Pets to Keep Around

You know that loud rumbling noise coming from your server room? Is it your IT infrastructure hard at work, helping you to increase profits, or is it the dreaded sound of a “zombie” server?

A “zombie” isn’t a nefarious character on an TV series—not when it comes to your hardware. A “zombie,” or comatose server, is a physical server that is running but has no external communications or visibility. It contributes no computer resources whatsoever; it does nothing but consume electricity and sit in a room.

For something you have most likely never heard of, it’s a big problem. An estimated one in three servers in North America falls into the “undead” category. That means most businesses are running servers that are no longer doing anything relevant and could be decommissioned. Your technical infrastructure and hardware is not only at the center of your organization’s operations, but is a key line item in your budget. You certainly don’t want to cut corners when budgeting for your IT needs, but are you wasting your money on running equipment that is giving you no value whatsoever?

According to the Wall Street Journal, estimates show upwards of 10,000,000 unused servers remain plugged in, doing nothing but bumping your electricity bill. The 4 Gigawatts of power consumed by these undead machines is equivalent to the “power used by 3,200,000 households, or roughly the number in New York City.” That’s a lot of wattage.

And it’s not just your electricity bill on which these drones are encroaching. There are a myriad of other costs you must consider, including (but not limited to):

According to the Federal Data Center Consolidation Initiative, the average cost to support a mid-tier server is $2,000 per year. That’s two grand leaking out of your IT budget—assuming only one server is uselessly humming.

All business owners know that their IT needs change over time, as does their IT infrastructure. This means the usefulness of particular servers can sometimes be lost in the mix. Most employees won’t know what that old server does, and those that do will be hesitant to take it out of commission for fear of downtime or interrupting something that may be relevant.

In reality, many servers can be re-purposed, licenses put back into the pool, and physical parts and storage space reclaimed. The more servers you have, and the more consolidation you’ve done, the likelier this is an issue in your organization. Consider the effort any small to mid-sized business goes through to save a few hundred dollars here and there, and you’ll quickly see this is something a typical SMB shouldn’t overlook. Four or five figures could be at stake.

Now that you realize the importance of identification and eradication of zombies servers, you shouldn’t hesitate to act. Start by taking stock of your servers with a network audit to search out the zombies. Then create an eradication plan, prioritizing based on model, age, and estimated resource drain. If expertise or thoroughness for audit and removal is a concern, consider working with a partner like Dynamic Quest. Regardless, make space on your to-do list to remove the rubbish and put these “zombies” in their final resting place.

If you need a partner, or would like to learn more, please give us a call or contact us using the button below. Dynamic Quest can help you identify where zombie servers are wasting your IT budget, and remove them (along with that hit to your company’s wallet). As experts in IT Cost Optimization, we can also help you to strategically procure or negotiate any and all of your complex IT infrastructure needs.